Looking at Kathy Whitfield’s garden today, it’s hard to believe such abundance began from only 15 dahlia tubers in 1998. “At the beginning, I really saw this as a small hobby, ” Kathy says. “I had visited a gardening show, and that’s where I first spotted the flowers. They were so beautiful that they almost looked unreal.” Intrigued with the blooms, Kathy bought 15 tubers and decided to try her hand at growing dahlias herself. Bur before long, she was hooked.

Known to many as the Dahlia Lady, Kathy has since increased her bounty to more than 100 different varieties, with a rainbow of blooms ranging from dazzling blues to sunset oranges to ruby reds. She and husband Ed are longtime members of the Dahlia Society of Alabama and have obtained quite a following among local florists and floral designers, as well as both professional and amateur growers. “We especially love sharing the dahlias with others during the growing season of June through October, ” says Kathy.

And while the couple enjoys traveling each fall to various events to showcase their dahlias, it is at home in her own garden that Kathy is most content. Often found perched beneath the shade of one of her many garden parasols—each strategically placed to keep the afternoon sun off her prize-winning blooms—Kathy welcomes friends and colleagues to come experience the plethora of color. And as many of these visitors can attest, the awe-inspiring forms and heights of the blooms are hard to rival.

Kathy and Ed Whitfiled grow 17 different forms of dahlias. The smallest form is a pompon and grows up to 2 inches in diameter, while the largest one is known as a dinner plate dahlia and can be up to 10 inches in diameter. The Whitfields recommend starting with the smaller forms, such as Rebecca Lynn, Nettie, Bo-Bay, and Pooh, as they are easier to grow.

Whether you want to grow dahlias yourself or simply find the best source for buying cut blooms, here are the need-to-know facts, as well as a few trivia tidbits, about this beautiful flower. 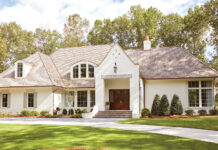 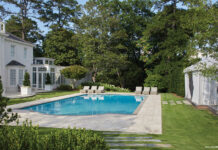 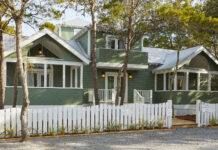 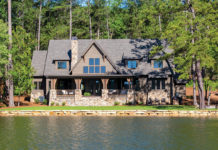 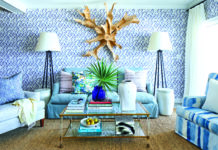