Anybody who grew up in Anniston in the 80s and 90s knows about the “Hillyer Hilton.” The moniker was attributed to a sprawling mid-century home on Hillyer High, a street stretching along one of the city’s mountaintop neighborhoods. Over the years, area kids heard stories about the house, and grownups coveted invitations to the chic residence that was made for entertaining. When the home’s architectural style eventually waned in popularity and the original homeowners downsized, the house went quiet and sat vacant for several years. “It was in need of attention, but it had potential,” says designer Lucy Smith. “It had once been quite a home, and it deserved—and was begging for—someone to bring it into the present.”

Lucy and husband Henry bought the home with the intention of giving the under-appreciated structure a new story. She had a vision of what it could be despite the faded wallpaper and the yellow faux-marble vinyl tile on every room’s floor “except for the staircase which had wall-to-wall olive green shag carpet,” Lucy laughs. The home had a soaring A-frame living room with what she refers to as “a 14-foot-tall, floor-to-ceiling, rappel-worthy rock wall.” In addition, it had loads of privacy (despite being mostly glass), breathtaking views, five bedrooms and three baths, and a huge rock waterfall on the back patio. Lucy even fell in love with that carpeted staircase. “It’s acrylic and brass and original to home—beyond groovy!” she says. 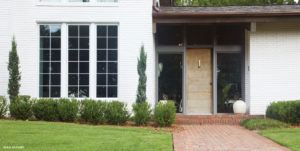 For the exterior, Lucy explains that after getting some initial suggestions and sketches from a couple of different architecture firms, she and Henry decided to keep it simple and handle those updates on their own. But when it came to the interiors, she gives accolades to contractor David White. “His attention to detail and quality craftsmanship are astounding and admirable,” she says. “He patiently gutted this house and put it back together with a two-man crew, taking all of my wild requests and ideas in stride and almost always saying ‘Yes, we can do that.’ ”

While the home’s footprint gained just 3 feet on a portion of the front, the interior’s main floor was totally reimagined by Lucy and made into reality by David. “The kitchen was a small, closed-in space—as expected in homes of this era—so we knocked out walls and made room for a butler’s pantry,” says Lucy. “That space is where we make smoothies, lunches, and cocktails.” Open shelves feature her collection of new and vintage glassware.

To further open the floorplan, David took out the formal dining room and made the kitchen one large space with a banquette. Lucy designed the fluted kitchen cabinets and the range hood. “Henry handled the fabrication of the hood,” she says.

For interior finishes and materials, Lucy called on her close friend and Birmingham interior designer Lisa Flake. The two women collaborated, one room at a time. “We would talk over details and fabrics and which crazy ideas were actually possible,” Lucy says. “Lisa is a marvel at making decisions, and I tend to have a harder time. She is courageous and confident in her design style, and that makes us a good team.”

While the house now boasts a designer aesthetic, its beauty belies the fact that it is also a bustling family home—Lucy, Henry, and their three teenagers live in every room. “We hang out at the big island in the kitchen and in the sitting area, but we also spend lots of time playing cards or games at the dining table,” says Lucy. “During football season, we gather in the den. And, of course, we enjoy sitting outside by the pool.” With all of this activity under one roof, it’s clear that this mid-century architectural gem has reclaimed its extraordinary status. 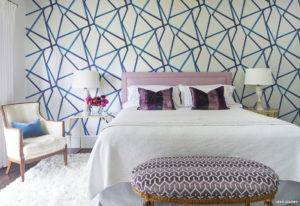 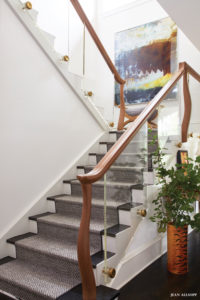 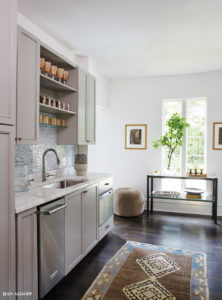 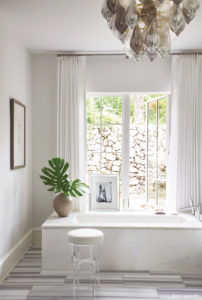 A rarity in Anniston, this mid-century modern home would have made Mad Men set designers swoon. For homeowner and designer Lucy Smith, it reminded her of her grandparents’ Birmingham home. “I have a sense of nostalgia for that style,” she says.

That Staircase!
“Honestly, the staircase is one of the main reasons I bought the house,” Lucy says. “The clear acrylic panels are all original and in amazing shape considering their age. Just a few not-so-noticeable scratches.” The runner is a flatweave seagrass from Hiltz-Lauber Furnishings.

The Views
Upstairs, Lucy says she reconfigured the space to accommodate her three children. “We removed a literal dark room where the previous owners developed photos. Now it’s part of the kids’ den, which overlooks the city. The kids have the best views,” she says. The upstairs bedroom belongs to 16-year-old Hadley.

A Streamlined Exterior
Even with a small bump-out added to the front of the house, updates to the “Hillyer Hilton” exterior were minimal. “We kept the same long, skinny mid-century brick but updated it with a white coating,” Lucy says. “And all the windows and doors are new.”

Water Features
The pool was also an original feature of the home. Landscape architect Hilary Ross drew up a plan to give it a contemporary, squared-off feel by incorporating more grass to soften things. “The shape of the pool stayed the same, but we resurfaced it with a dark bottom,” Lucy says. “And we were able to use some of the original bluestone surround.”

The home’s casual, wide-open, take-a-deep-breath attitude is epitomized by the waterfall just off the back patio, which can be enjoyed from the living room, kitchen, and master suite. 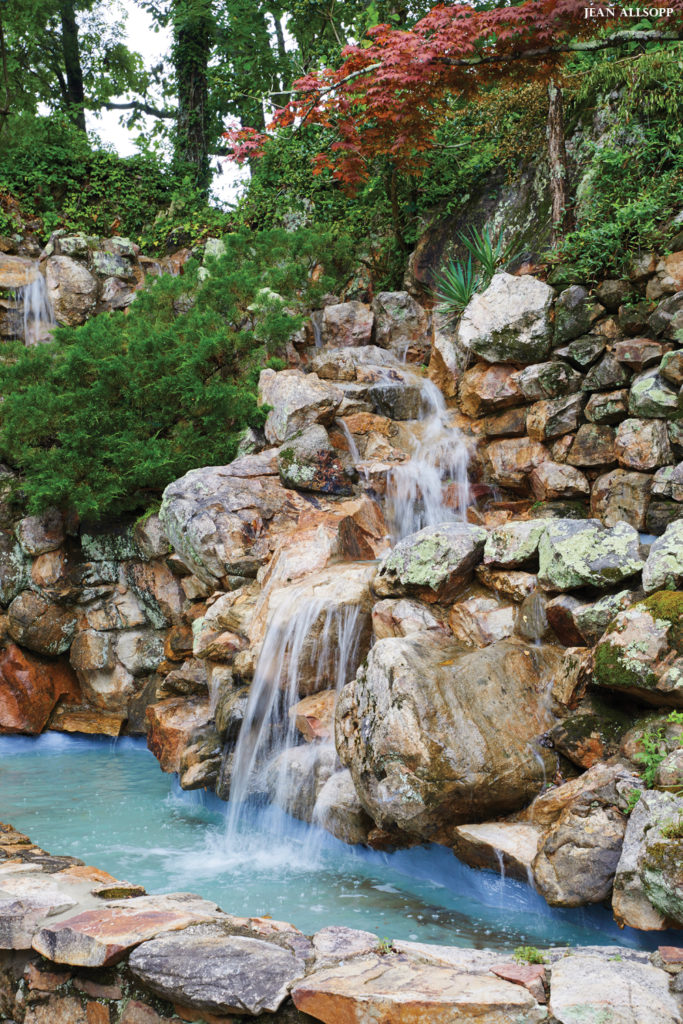 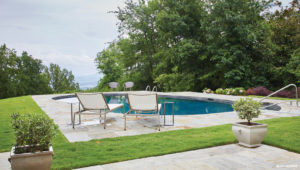