Relatively young for a city of its size, Vestavia Hills still boasts the hallmarks of a desirable city: a bold vision for city growth, a world-class library, a wide-range of housing options, engaging public schools, and beloved restaurants.

Established in 1991, the Liberty Park side of town features 4, 000 acres of rolling hills and access to the Cahaba River. The Cahaba Heights area was annexed by Vestavia Hills in 2002 and is seen as a huge economic boon to the city with its retail power and prime location. The City recently announced plans to develop a master vision for the area which will give it a more cohesive and well-considered feel. Remediation and repurposing of flood-prone areas are a part of that plan.

Patchwork Farms is another area to watch. Located off Acton Road, the present site is home to the motivational monolith, Lifetime Fitness. Doug Neil with Daniel Corporation is overseeing the Patchwork Farms development, which he notes will have a village-type feel. Anchoring the retail/commercial area will be a grocery store, complemented by a mix of restaurants and shops. Fingers crossed, we’ll see the finish line in about twenty-four months.

With the State House of Representatives’ passage of HB446 in May of this year, the cities of Vestavia Hills and Hoover may now establish up to three entertainment districts.  Butch Zaragoza, Vestavia Hills mayor, has mentioned locating the first such district in the Rocky Ridge Shopping Center. Still under review, the plan would designate a specific area for the consumption of alcoholic beverages outside of licensed restaurants, much like the Uptown District downtown.

Not One but TWO incredible seafood markets. With Sexton’s in Cahaba Heights and Snapper Grabbers on Montgomery Highway near Bistro V, there is no excuse to not have fresh fish anytime you want. Except Sundays and Mondays when both places are closed.  Seriously. Best fish anywhere.

Library in the Forest This library is a jewel in the City’s crown. Utilizing a variety of repurposed items and trees cleared from the site itself, this building is the state’s first LEED-certified library.

A brand new City Hall The grand opening celebration is scheduled for October 13, 4 p.m. – 9 p.m., 1032 Montgomery Highway and will feature performances by the Alabama Symphony Orchestra as well as local school choirs and bands. Tour the new facilities while the kids enjoy inflatables and other activities.

The Sicard Hollow Athletic Complex (SHAC) is a public facility all communities should aspire to develop. This former coal-mining site has been reimagined and repurposed as more than eleven acres of well-lit synthetic turf-playing fields and recreational space. A concession stand, public restrooms, and four scoring towers mean that only lightning can stop the games. Moms just love those turf fields for their lack of red-dirt-stained uniforms.

KLINGLER'S EUROPEAN BAKERY & CAFE
Klingler’s has been crafting diet-busting delights since 1982. Their Black Forest Cake was chosen as one of the “100 Dishes to Eat in Alabama Before You Die” by the Alabama Bureau of Tourism & Travel. 621 Montgomery Highway,  205.823.4560 • klinglers.com

CAFE IZ
Café IZ is teeming with truly delicious no-fuss food. The chocolate mousse bombs are big enough to share but that can be our little secret. 2514 Rocky Ridge Road,  205.979.7570 • everythingiz.com

PAPPA'S GRILL
Birmingham Greeks have the good fortune of fighting over which restaurant serves the best gyros, and baklava. In Vestavia Hills, its Pappa’s, hands down. #ProTip: go in after 5:00 pm for the Baked Snapper Greek-Style. 1066 Montgomery Highway,  205.823.4458 • thepappasgrill.com

THE RANCH HOUSE FAMILY RESTAURANT
Everyone can have their eggs or pancakes the way they want them and the glasses stay filled. Meat-and-three choices are plentiful. 2931 Columbiana Road • 205.979.6495

MR. CHEN'S CHINESE COOKING
Among local foodies, this place enjoys a cult following like no other Chinese restaurant. The fried dumplings and steamed buns are always a big hit. 1917 Hoover Court,  205.824.8283 • mrchenschineseal.com

Roughly 35, 000 people call Vestavia Hills home but that number seems to be growing every day.  As RealtySouth agent Emily Getty notes, “Life is great in Vestavia Hills!” Getty lives in and sells real estate on this side of the crest. With coveted views and healthy lot sizes, she says areas like Country Club Estates are always hot. Tanglewood, just down from Rocky Ridge is seeing a renewed interest. Altadena is seeing a resurgence as well. Before the end of the year, the City and residential developers will be finalizing their plans to rezone and possibly annex portions of the former Altadena Valley Country Club property. 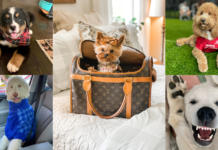 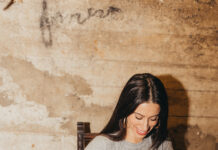 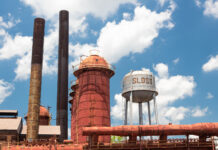 Where to find HOME, in Birmingham, the Magic City 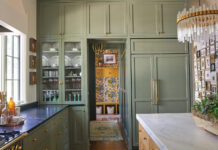