Rob and Laurie Heard’s home has been a part of their lives long before they ever officially owned it. Purchasing it was just a technicality. “I had my eye on this house for years,” says Laurie. “We tried to buy it numerous times but it never worked out.” Persistence finally paid off when the Heards were able to swoop in and snag it, and it’s obvious why they were enamored with the historic house. Built in 1921 and known officially as the Dunnavant home (named after the original homeowners), the house features charming characteristics in keeping with its bungalow style. However, at 3,800 square feet, it also offers plenty of space for the family of four. Rob and Laurie also love that the home is just down the street from their former house and is located in Huntsville’s notable Twickenham district, a preserved historic district. “This home gives us the size and style we want and keeps us in our very walkable neighborhood,” Laurie says.

LEFT: Put it on display. With a musician in the family, there’s no reason to hide instruments in the corner. Kelly made this guitar a focal point to create a conversation piece and as a great reminder to practice. MIDDLE: Back it up. On dining chairs, Kelly mixed a higher-end Schumacher print with a simple faux leather. This way, she was able to splurge on a favorite fabric and still offer durable seats. RIGHT: Go for the bold. The cabinets, walls, trim, and ceiling in the butler’s pantry are all painted a custom blue. For added drama, Kelly used a high-gloss paint. “A small space like this is a great spot to be bold because you’re in and out of the space so quickly,” says the designer. An antiqued mirror backsplash adds even more shine.

The Heards got right to work renovating, and to their surprise, the house had good bones. But because it had served as a rental for 40 years, there was still much that needed to be done.

As a commercial real estate developer, Rob had close connections in the construction industry, and he brought in Guild Builders to assist with tweaking the layout. The original floorplan was rather open with large rooms, so the footprint required no change—it simply needed a little rearranging.

To balance the home’s history with newer, modern touches, the Heards turned to Kelly Butler of K Butler Interiors. The designer put together a plan that plays up the home’s charming details while also creating comfortable spaces that speak to the family’s personality and lifestyle. She began by refreshing the space with a new coat of paint (Seattle Mist by Benjamin Moore), carrying that color through most every room. The soft neutral allows other hues to pop, such as the blue accent inside the living room bookcases, the blue walls in the TV room, and the blue butler’s pantry/bar.

The kitchen received a serious facelift to allow for a more functional layout that included the addition of an island. To make the new space feel crisp and clean, Kelly used an all-white palette but went with two different marbles—Calcutta gold for the island and black marble for the perimeter—for added visual interest. Pattern and texture are introduced with Schumacher linen café curtains and the bamboo barstools from Serena & Lily. The classic white subway tile lends itself to the historic feel of the home.

An awkward space on the back of the house was reimagined to create a new pantry, laundry room, and master suite. Upstairs, a much-too-large guest room was reduced in size to make space for a second bathroom.

LEFT: Find common ground. For accent colors in a bedroom, Kelly pulled hues from the rug, mixing prints and scale in patterned soft goods. MIDDLE: Step Back. The pedestal sink in the powder bath takes a back seat to the abstract feather pattern in the Schumacher wallpaper.

Kelly also juxtaposed modern accents and a proper mix of patterns with well-placed antiques and the home’s original features so it doesn’t feel too formal. In the living room, the leaded-glass windows, built-in bookshelves, and fireplace—all original—sit behind a modern wooden coffee table, which offers clean, sleek lines to complement the mirror sitting atop the mantel. The many patterns in the TV room—all perfectly coordinated in varying shades of blue—create a cozy feel to offset the dramatic vibe of the dark walls. “The house had so much to offer with its original charm,” Kelly says. “It just needed a good update in order to bring it back to life.”

Fresh, timeless design is the motto behind K Butler Interiors, and Kelly carries out that philosophy to the very last detail with every project. The Huntsville-based designer uses her innate sense of style in both historic renovations and modern new builds. Kelly also designs commercial spaces. She provides design services that thoughtfully balance both beauty

and function within an aesthetic that perfectly fits into each client’s plan
and lifestyle. While all of her projects are custom-designed around each homeowner’s individual taste and needs, Kelly has an affinity for mixing old with new and traditional with modern to create timeless spaces with a twist. 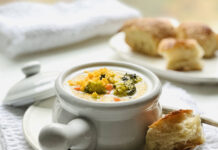