The Friends of Birmingham Botanical Gardens is pleased to celebrate the 15th anniversary of Antiques at the Gardens (AATG) this fall! Presented by IBERIABANK (a Division of First Horizon Bank) and created by a committee of 150 dedicated volunteers, Birmingham’s premier antiques show will include talks by nationally and internationally acclaimed interior designers, floral designers, architects, and landscape architects.

Charlotte Moss is known for her timeless aesthetic, layered interiors, southern warmth, and keen eye. Her honors  include the New York School of Interior Design’s Centennial Medal and The Royal Oak Foundation’s Timeless Design award. She is named one of Elle Décor’s Grand Master List of Top Designers and is on the Advisory Board of The New York School of Interior Design, where she holds an honorary doctorate degree. In 2022, she will deliver the commencement address for Virginia Commonwealth University, her alma mater. Charlotte has used her experience culled from 35 years of decorating homes to design licensed collections with Century Furniture, Fabricut, Stark Carpet, Pickard, P.E. Guerin, Soicher Marin, IBU Clothing Artemis Design Company, and more. She has published 11 books. Her latest, Charlotte Moss Flowers (Rizzoli, 2021), will soon be followed by Home: A Celebration: Notable Voices Reflect on the Meaning of Home (Rizzoli, 2021) to benefit No Kid Hungry. She is Emerita Trustee of the Thomas Jefferson Foundation at Monticello; on the Boards of The Bone Marrow Foundation and The Madoo Conservancy; a member of the International Council of Hillwood Estate, Museum and Gardens; and on the Board of American Corporate Partners, where she mentors veterans.

Christopher Spitzmiller draws inspiration from classical forms and gem-like colors for his iconic lamp designs. Drenched in bold vibrant rich glazes, the lamps are of timeless appeal and luxurious quality. Currently, Christopher is expanding his designs to table ware and other ceramic accessories. His work is often featured in publications such as Architectural Digest, House Beautiful, Elle Décor, Departures, The New York Times, and The Wall Street Journal. He has had the honor of making lamps for the current Oval Office and the past two White House administrations.

Mark D. Sikes is known for his all-American sensibilities and fresh takes on classical aesthetics. His interiors have been featured in Architectural Digest, Veranda, Elle Décor, House Beautiful, The Wall Street Journal, C Magazine, Milieu, and Domino, and he is a member of Elle Décor’s A-List. Mark’s first book, Beautiful, was a New York Times best seller. More Beautiful, from Rizzoli, debuted in September 2020.

Cathy Kincaid is highly respected for her sense of color and design and for her commitment to restoring old houses and filling them with traditionally stylish antiques and furnishings. She is a recipient of the Institute of Classical Architecture & Art’s John Staub Award, and her work has been featured in Farrow & Ball: The Art of Color and D. Porthault Linens. In Fall 2019, Rizzoli published The Well-Adorned Home by Cathy Kincaid.

Corey Damen Jenkins mixes vivid colors with layered patterns to create architecturally inspired spaces that are polished, inventive, and unexpected. Magazine cover stories include House Beautiful and Traditional Home. His work has also appeared in The New York Times, The Wall Street Journal, The Detroit News, and Vanity Fair. Corey is a member of Architectural Digest’s AD100. In 2020, he was named to Elle Decor’s A-List. His first book, Design Remix: A New Spin on Traditional Rooms (Rizzoli), was released in March 2021. A son of Detroit, Corey is a tireless advocate for many charities. He resides in New York City.

Ken Pursley is a principal and partner at Charlotte, N.C.-based Pursley Dixon Architecture. An Auburn graduate, Ken credits his interest in residential design to mentor Bobby McAlpine. Firm accolades include Veranda/ADAC architecture firm of the year and Southern Living home of the year. Magazine features include Veranda, Traditional Home, House Beautiful, and Milieu. His book, Finding Home: The Houses of Pursley Dixon, will be publishedthis fall by Rizzoli.

Matthew Carter creates dynamic, timeless interiors. His firm is known for finding life for antiques and heirlooms as well as designing spaces that respect history but feel relevant for today. Although based in Lexington, Kentucky, Matthew has current and recent projects spanning the globe. In January 2021, he was named one of Veranda’s “Next Legends.” His work has been published in House Beautiful, Veranda, Traditional Home, C Magazine, Southern Living, and The New York Times, as well as in books such as Fortuny Interiors by Brian Coleman, Linens: For Every Room and Occasion by Jane Scott Hodges, Kentucky: Historic Houses and Horse Farms of Bluegrass Country by Peter Estersohn, and Beige is Not a Color by Carlos Mata.

Fernando Wong is an internationally recognized landscape designer. He has been called a “design genius with the soul of a poet” by Elle Décor, “one of the most important landscape designers in America” by Architectural Digest, and a “landscape legend” by Forbes. His new television show, “Clipped” with Martha Stewart on the HGTV and Discovery Plus channels, debuted in May 2021. In April, he won the prestigious Palladio Award for his landscape design on a 3-acre, John Volk-designed estate that recently set a Palm Beach record for lakefront when it sold to Charles Schwab for $71 million. Commercial projects include the Four Seasons Hotel at the Surf Club in Miami, the Four Seasons Resort in Palm Beach, the sculpture garden of the ICA Museum in Miami, the Starwood Luxury Collection Perry Lane Hotel in Savannah, a National Park for the Bahamian Government, and a master plan for the Lyford Cay Club in Nassau.

Suzanne Tucker believes that by surrounding ourselves with the authenticity of thoughtful design and timeless architecture, we enrich and enhance the quality of our lives. One of the country’s leading interior designers, she is known for her personal approach and enduring style, attention to detail, and passion for architecture and the decorative arts. Architectural Digest has honored her repeatedly on the AD100 list of top designers, and she is included in the Elle Décor A-list. Suzanne and her husband/partner Timothy F. Marks founded Tucker & Marks in 1986. Suzanne Tucker Home was launched in 2010 with textiles, tabletop, and home furnishings. Suzanne’s books include Rooms to Remember, The Classic Interiors of Suzanne Tucker (The Monacelli Press, 2009) and Suzanne Tucker Interiors—The Romance of Design (The Monacelli Press, 2013). A third book is planned for publication in 2022.

James Farmer is a southern author and interior designer known for his ability to create beautifully familiar and welcoming homes. He is the author of The Wall Street Journal best-selling books A Time to Plant, Sip & Savor, Porch Living, Wreaths for All Seasons, A Time to Cook, Dinner on the Grounds, A Time to Celebrate, and A Place to Call Home. His most recent publication, Arriving Home, features design projects from Georgia to Connecticut. His work has been published in Southern Living, House Beautiful, Traditional Home, Southern Home, Flower, and more. As a frequent event speaker, James lights up the room with his natural grace and warmth. Whether designing homes or sharing his gardening expertise, he is truly a fresh voice for his generation. James proudly has built his business in his hometown of Perry, Georgia. 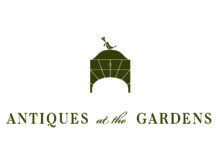 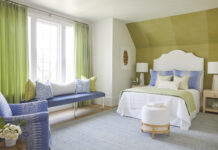 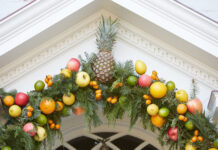 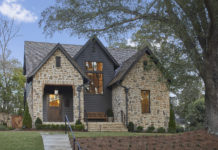 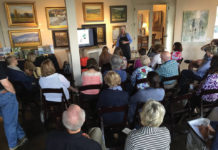